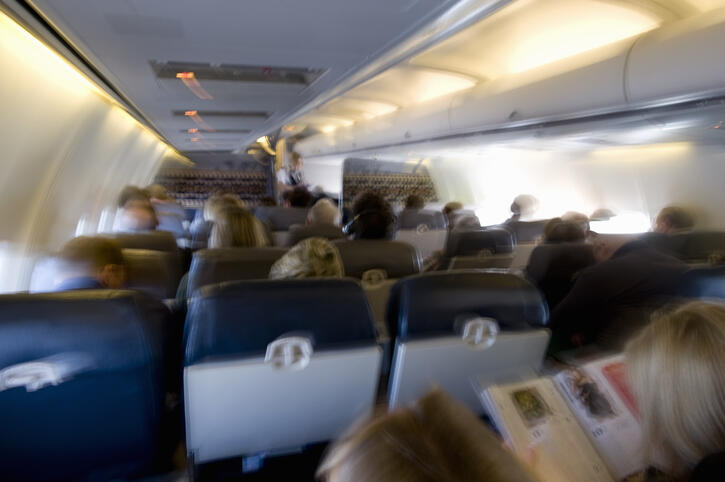 It seems there are plenty of people who still don’t know how to behave properly on a plane, and passengers have definitely witnessed some strange and bizarre behavior from fellow flyers.

Well, now some of those travelers are spilling the beans to Buzzfeed about some of the wild things they’ve seen people do on planes, and it may have you considering never flying ever again.

Wild things people have witnessed on planes include:

"I saw someone hold their wet underwear up to dry them with the air vents."

"My husband saw a man pull a sandwich OUT OF HIS SHOE and eat it. The man reeked of onions the rest of the flight."

"I was sitting next to a man who I thought was fast-forwarding through all the sex scenes on the inflight entertainment, but I soon realized he was rewinding and replaying them over and over. It was extraordinarily creepy."

“The guy next to me smelled like he took a shower in cologne. He was joking with his friends seated around us that he had a bottle of cologne in his carry-on at security and they were making him throw it out, so he loaded on as much as he could before tossing the bottle."

"I saw a guy pick his nose and eat it for four hours straight while watching movies."

"I saw a guy pour vodka in his seat, light it on fire, and then sit on it to put it out. When police met the aircraft, he put up a fight and ended up with a bloody nose."

"I had the pleasure of sitting next to a woman who decided to floss for a good 15 minutes. Watching her food particles go flying onto the screen in front of her made me gag. So gross.

"I was sitting next to a young couple, when the girlfriend pulled out her winter coat and put it on her boyfriend's lap. She then started giving him a very obvious hand job. I don't know why I didn't say anything.”